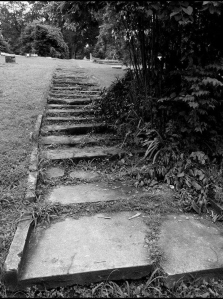 Artwork by two River City Art Association members will be showcased throughout December in the RCAA Artist of the Month Gallery in the Vigo County Public Library in Terre Haute.

Deanna Swearingen, a Brazil, Indiana resident, has been a member of River City Art Association for 2 years and has won the People’s Choice Award in two competitions this year. She is an established photographer and has sold many pieces of artwork, including Reflection of Humanity, a study of time behind jail bars based on the book, “Shakespeare Saved My Life.” Along with photography, she also excels at handcrafts and acrylic paintings.

As a child, Michael Elmore studied art at the Edwards School of Art in Springfield, Illinois. He took classes in painting at the Ursuline Academy for Girls; his all-male high school did not offer art classes. His teacher and mentor was Mother Matilde, OSU, a portrait painter of some renown in the Springfield area. He also took night classes in commercial art. 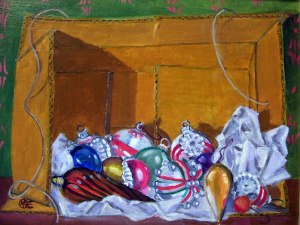 Although his undergraduate major was in English Literature and his Masters in Foreign Languages, all his electives in college were taken in art. He took those electives at Catholic University of America (life class and design) and at ISU (painting, drawing, and life classes). Among his instructors at ISU were Mr. Charles Reddington and Mr. David Erickson.
His first one-person show took place at the Merchandise Mart in Chicago, Illinois. He won a Purchase Prize in the 43rd Annual Wabash Valley Exhibition at the Swope Art Museum. He has exhibited in the Annual Mid-States Art Exhibition in Evansville, Indiana. In 2012 he had an encaustic accepted for the 68th Annual Juried Exhibition at the Swope. His paintings, sculptures, and murals are found in both public and private collections in Mexico and Colombia. A commissioned work hangs in a private collection in Switzerland.
Recently he became a member of the River City Art Association. Back some years ago, Michael was installed as President of the Wabash Valley Art Guild (1988-89). After several years with the Guild, he dropped out of active participation due to his pursuit of further education. He won several prizes in WVAG shows during the period of his active participation. Upon his retirement as a family therapist and a child psychologist, he renewed his painting activities and rejoined the Guild and joined the RCAA and  the Indiana Plein Air Painters Association.

Artwork by both artists will be featured again in January in RCAA’s outreach gallery in Harrison College in Terre Haute.