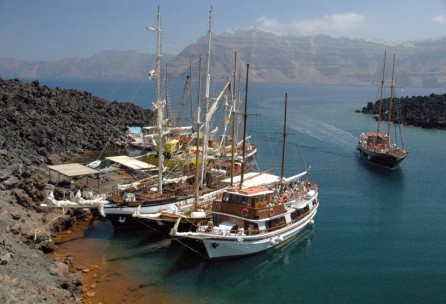 MY LIFE AS AN ARTIST
1947-1965 … I grew up in LaGrange, Illinois, a Chicago suburb. In high school, photography was my main hobby and first job. I was a photographer for my high school yearbook for four years and worked part time as darkroom assistant for a local press photographer.

1965-1978 … In college I studied astronomy, earning a B.A. from Northwestern and an M.S. from Iowa State. I worked summers for several local photographers. By the early 70’s it became obvious that no jobs were to be had in astronomy, so I fell back on my only marketable skill, working several years for a portrait and wedding studio. Not wanting to make a career of this, I taught myself geology in my spare time, with the intention of entering the coal business.
1978-2000 … For 22 years I worked as a geologist for a series of small coal mining companies, and one stone quarry. I was able to become a stockholder in the last one. During this time I had no access to a darkroom and my creative output was mostly limited to travel slides.
2000-present … When our coal company was sold, I found myself comfortably retired. Since retiring, I have become a full-time amateur landscape photographer, printing digitally. In 2014 I started making digital art (CAD drawings and fractal flames).

My artistic hero is Ansel Adams.

I love my God, my country, my family, my job, time with friends, sitcoms and photography. I like crowds, walking in falling snow or summer rain, chocolate, wine tastings, weekend campfires, and travel by plane, train, tour bus and automobile.
View all posts by Sheila T Illustrated →
This entry was posted in Member News and tagged CAD, fractal flames, Gaslight Art Colony, Marshall Illinois, photography. Bookmark the permalink.